What to Know About Leasing a Car: 3 Important Considerations

What to Know About Leasing a Car: 3 Important Considerations

The first thing to establish is a clear understanding of what a lease agreement is and how exactly it works. It’s probably simplest to think of leasing as closer to renting a car than to buying it, though a lease is sort of a fusion of the two. You pay the dealership a monthly fee to be able to drive the car, usually a period of 2-3 years. At the end of that period you have the choice of buying the car outright or starting a new lease agreement on a different car. 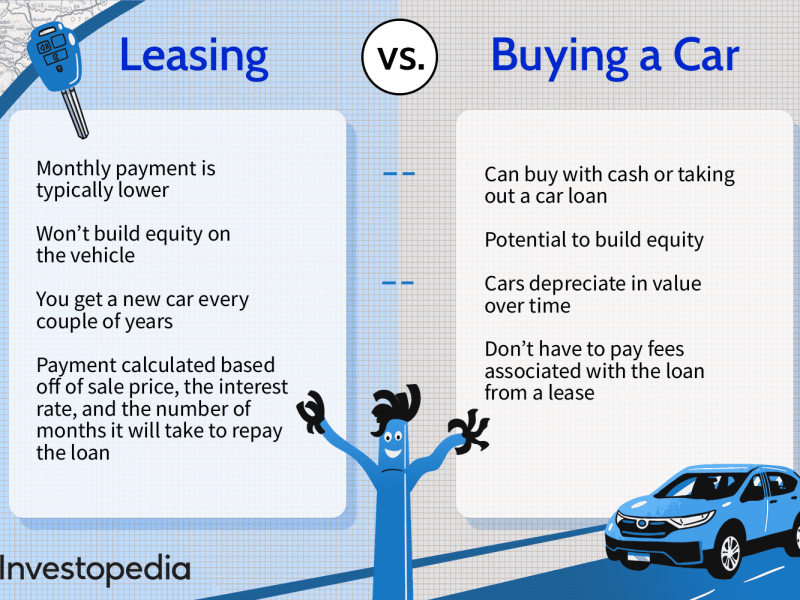 The reason this isn’t just a rental is that what you’re actually paying in those monthly instalments is the depreciating value of the car. Cars lose value over time, and in a lease agreement you pay the amount of difference between the car's initial value, and its estimated value at the end of the lease agreement.

There are some major limitations you should know about leasing a car vs buying it, probably the most important of which is mileage limits. Lease agreements will specify a set amount of miles that the car can accrue over the course of the agreement (usually around 25000-30000 miles) which if you go over will result in massive extra charges.

Depending on what you’re planning to use the car for this could be a non issue or a massive deal breaker. For example a short daily commute is unlikely to cause many problems, but if you’re using the car for a delivery job then you could hit that limit very quickly.

You’re also going to be limited in choice for the car, both the details of the car and the car itself. Dealerships will only have certain cars available to lease and those cars with those features are the only ones that will be available to you.

Should you choose to cancel a lease agreement then you may be in for a hard time, a common clause on a lease is that you cannot cancel early, or you can but there’s a massive cancellation fee involved, to the point that it may actually be cheaper to just pay the remainder of the lease.

These are the main things to know about leasing a car in Canada. Hopefully this helps you come to a decision you're confident in. If you're ready to lease or buy your next car, we'd love to help make that possible. Click here to get pre-approved online today.